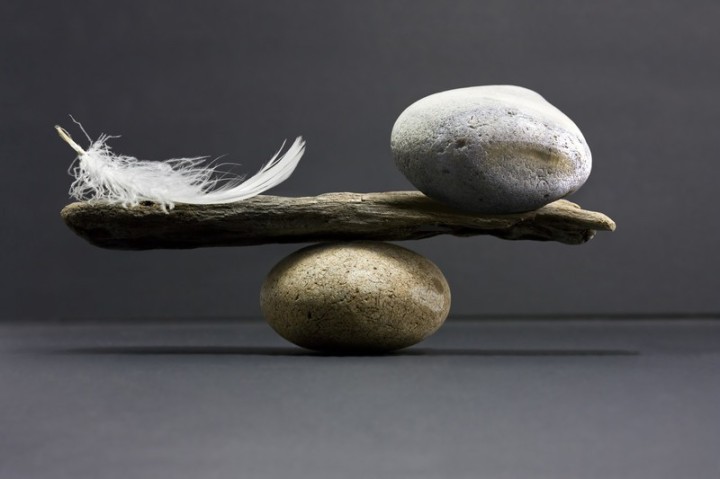 “True humility is intelligent self respect which keeps us from thinking too highly or too meanly of ourselves. It makes us modest by reminding us how far we have come short of what we can be.”
―Ralph W. Sockman

Malcolm Gladwell makes his living pointing out the powers of innate observation with statements akin to “something doesn’t feel right”  or that it takes a person 10,000 hours of doing something to truly be qualified as an expert. All this is good. But in my experience, sometimes a little knowledge can be dangerous in the wrong hands.

Why I say this is really very simple. Becoming arrogant about a talent seems to trump, being quietly humble.

Think of Dennis Rodman or Mathew McConaughey . Mr. McConaughey’s inspiration during his heartfelt acceptance speech is to meet his hero and his hero’s expectations. The problem is, his hero is himself   ten years from now. Whats up with that? (Here is the link to his now famous Oscar speech.)

Dear Mr. Rodman is a different case study and far from being low key. What he is, is just a train wreck of delusional bad judgement.  One sure-fire way of understanding a persons character is simply accessing the company he keeps. How’s the weather in North Korea Dennis?

Now let’s look the other direction towards Dirk Nowitsky and Lupita Nyong’o. If you don’t know who these two are, Google it and you will realize that they both have changed the landscape in their fields of expertise without making a ton of noise. If you are a Dallas Maverick fan, Mark Cuban excluded, you know the character that Dirk brings to the game. I think all pro sports should learn from Dirk’s example. Lupita is just a class act through and through.

So what does this have to do with fly fishing, which I love so much? This style of fishing is wrought with humility. It is the key factor on which it was built. Know matter how “Extreme” the TV wants to make it with fast editing, cocky guides and house music, it is still about the solitude of the river and the environment; nothing more.

So I wanted to share with you five simple tips on becoming an expert angler with all the goods, as opposed to becoming an A-hole fly fishermen with just a bit too much information to be dangerous.

These are some of the things you see in the shop or on the river. The lack of general awareness that certain type of people bring to our beautiful sport and it’s hollowed waters.  I made very broad brush strokes, but here we go:

This is the guy that books a trip and then divides the cost of the trip with the amount of fish he caught. For example, “that’s one fish, $420. That’s two fish, $210 each”  and so on. This kills me and I have seen it more than once. I’m talking to you, CFO’s.

What an experienced Angler does here is recognizes what they want from their day. New spots, new techniques, a great lunch, and catching a really difficult fish. Maybe the tables could turn and the client gets charged  per every fish caught. Imagine that. It could be a very expensive day on a mid August Green Drake hatch.

These are the people who have read everything John Gierach has written and believe they have a good handle on what fly fishing is all about. I love his stories. He is an amazing writer, but he says nothing about how you need to hold the rod up when you’re drifting a dry in fast water, or which float ant works wonders on a comparadun.

What humble veterans do is read Trout Bum on the plane and then ponder the structure of his own story following his weekend trip to “Pan”.

This one can be touchy but needs to be said – the guide is doing their best to put you on fish and hopefully big ones to boot.

What the guide can’t do is completely control which fish is going to eat your fly. So if you end up saying “That one wasn’t big enough”, then that’s blatantly not the right thing to say.  It screams “Squid”!

What a confident sportsmen does is reflects back to the days when they weren’t catching anything, taking a good look around and thinking, “What a beautiful day”. Then he thanks the fish for taking their fly.

Never walk into the shop and blurt out a number. It is irreverent, boastful, and worst of all. And you don’t know if it’s the biggest number or the smallest number. Are you willing to gamble that? Let’s say you got twenty to the net – your best day ever and you could not be happier. Then you go back to the shop and somebody walks in and says they caught 50 (chances are they’re lying ..remember John Gierach’s book All Fishermen are Liars?). You might start to question the best day you have ever had, Why do that?

What my mentor and best guide I ever had the pleasure of working with, John High, would say as he walked back into the shop was simple, “Yep, we caught one”, period. And we all knew it was a gigantic number.

DO NOT under any circumstance take your shirt off on the river. This is just bad form. Chances are you are not tan, and if you are it is more than likely the most epic Farmer’s tan. You are not buff, most fly fishermen aren’t, and you’re using cut bait. Get my drift.

It is in the best interest for all of us to remain noble, understated and humble. We have chosen one of the most difficult and expensive way to catch fish, so we should present ourselves in similar fashion. Accept our rewards in silence, gloat to ourselves and celebrate our successes over an ice cold beer with good friends who are willing to listen to your lies.

2 thoughts on “So You’re A Hot Shot. Top 5 Tips To Fly Fishing Humility”

Taking a deeper look into click-bait headlines and the sound-byte culture.

Diary of a Gen-X Traveler

Traveling to experience places not just visit them!

"Keep your heart right and your line tight."